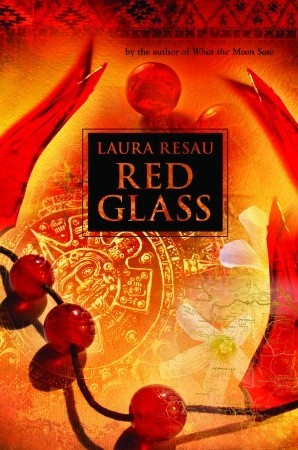 ( Photo was taken from Goodreads)

ONE NIGHT SOPHIE and her parents are called to a hospital where Pedro, 6-year-old Mexican boy, is recovering from dehydration. Crossing the border into Arizona with a group of Mexicans and a coyote, or guide, Pedro and his parents faced such harsh conditions that the boy is the only survivor. Pedro comes to live with Sophie, her parents, and Sophie’s Aunt Dika, a refugee of the war in Bosnia. Sophie loves Pedro – her Principito, or Little Prince. But after a year, Pedro’s surviving family in Mexico makes contact, and Sophie, Dika, Dika’s new boyfriend, and his son must travel with Pedro to his hometown so that he can make a heartwrenching decision.

I listened to this book on audio. This book was beautiful. It had some many different elements and cultures and it didn’t feel forced. The development of the characters was gradual and there was so much that happened,yet it didn’t feel rushed. I loved the integration of the Hispanic culture. Now I must admit, the book was very problematic.

The book mentioned how dangerous and awful areas in Central America were , yet this naive “gringa” goes through not very carefully , I must add, and faces absolutely no consequences.

Sophie had all these … quirks and a lot of anxiety then all of a sudden, she’s over them in Mexico/Guatemala.

I still enjoyed the book though and I’m glad that I found it.